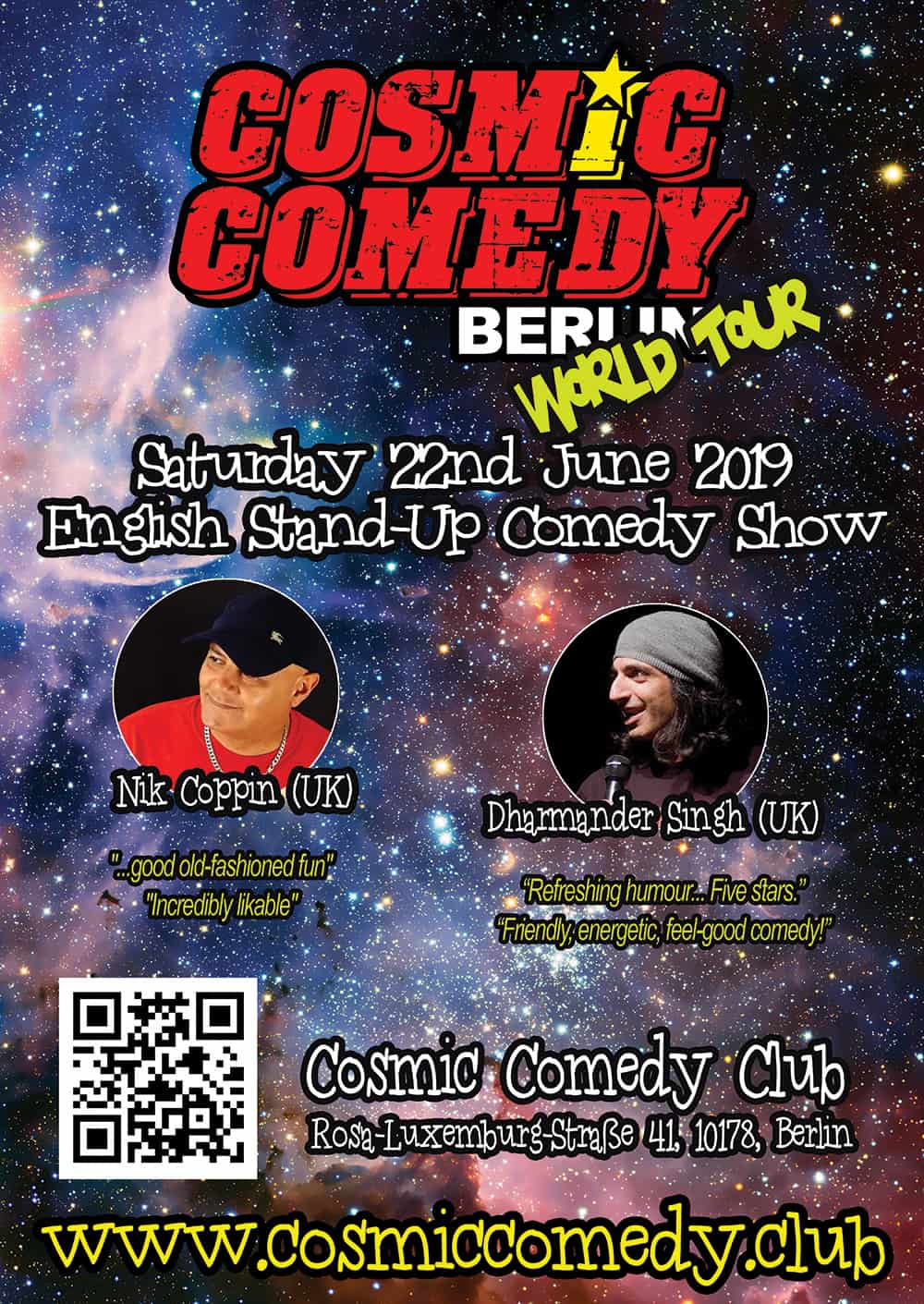 Berlin: Cosmic Comedy World Tour - An Edinburgh Fringe Preview Saturday 22nd June 2019 Come join us for a night of premium English Stand Up Comedy. We have two acts doing their

Come join us for a night of premium English Stand Up Comedy. We have two acts doing their Edinburgh Festival previews. Come and have a laugh, giggle and a generally good time

Join the Group Chat for this event : https://bit.ly/2C4UjeG

Tickets include VAT, limited number available on the door
https://cosmiccomedy.club/event/berlin-cosmic-comedy-club-with-free-vegetarian-vegan-pizza-shots-2-2019-06-22/