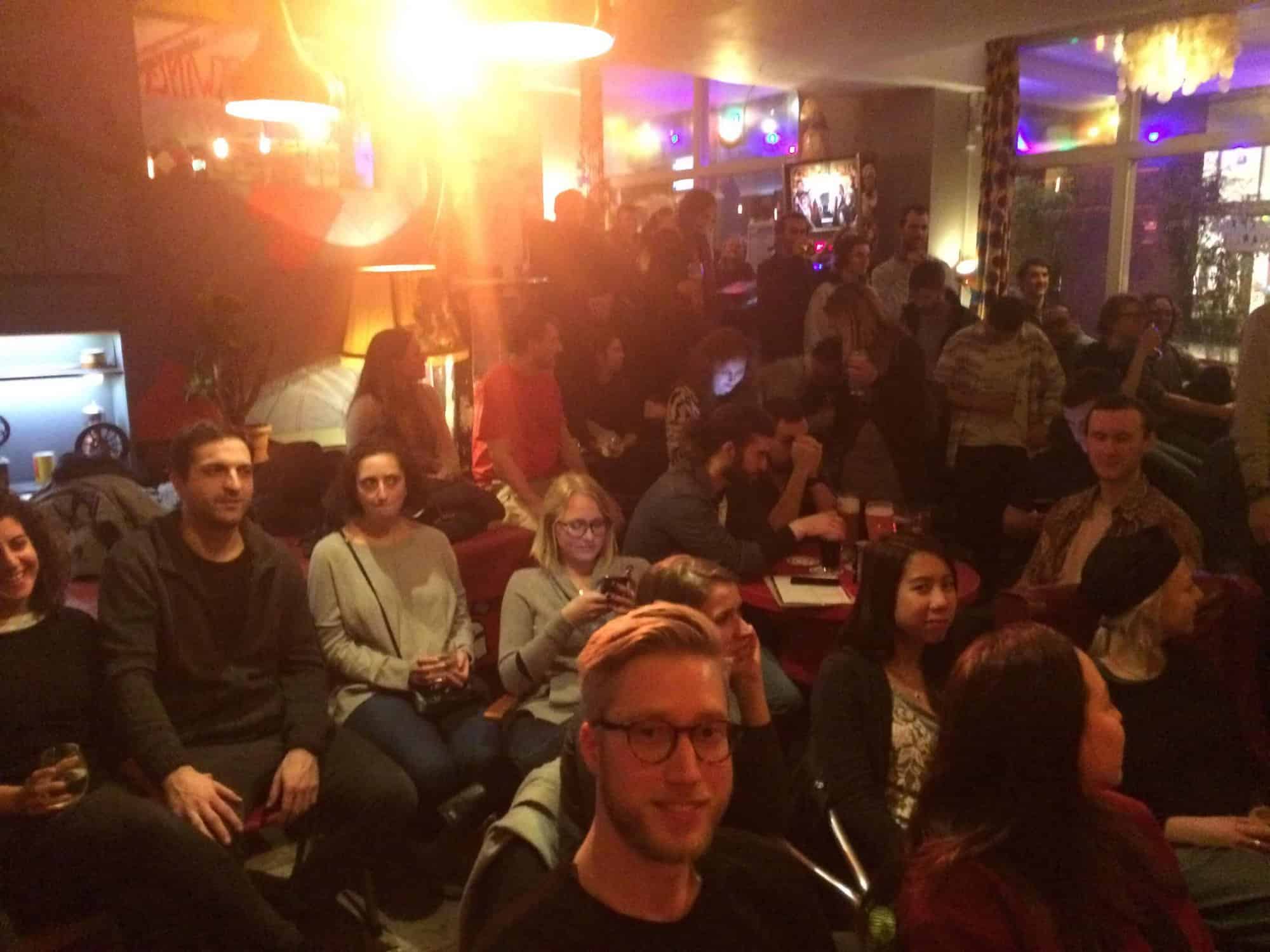 Comedy alert! On Tuesday 28th January Ken Parsons presents another great editon of The Ironic Curtain Comedy Club. It is a

It is a friendly open stage for both pros trying new material up and coming comedians so come and see the comedy stars of tomorrow!

The show is entirely in English and first set starts at 8pm sharp so get there in time for a drink at the one of the coolest bars in town: CheckPointCharlie!

This is a free show but donations to the legendary ‘Hat of Justice’ are much appreciated!