Famous Jim Williams is an American stand-up comedian based in Wroclaw, Poland. A real renaissance man of entertainment, Jim has worked as a comedian, mime, actor, and clown with Red

Jim’s award-winning comedy is filled with brutally honest stories! From the ups and downs of life abroad, parenthood, marriage, mental illness, life, death, and everything in between: Jim tales make you cringe and laugh as he takes you on an emotional journey through his comedy. Last July Jim made his Vienna debut with us brought down the house with laughter! We’re glad to welcome him back to the Vienna Chuckles stage with his new program “I’m Still Here,” and we can’t wait to see what new stuff he’s got in store! 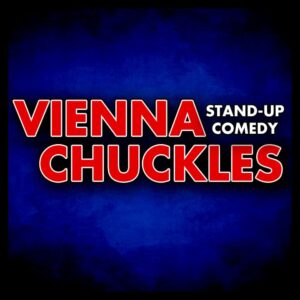