Kristel is a professional comedian on the Dutch circguit and her English set is equally brlliant. She has been a mainstay of the international comedy scene for decades and is unmissable! 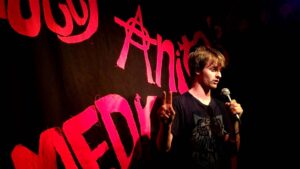