Stand-Up Europe aims to professionalise the blossoming international comedy circuit around Europe, to establish a cross-border community of performers and organisers and to further the exchange of talent within Europe.

We do so by acting as a connecting hub, by coordinating tourdates around Europe and by promoting the English-speaking comedy circuit.

Stand-Up Europe is coordinated by Edo Berger. Edo is an alumnus of European Studies at the University of Amsterdam. While studying, he started performing and has been a professional stand-up comedian for years now. He performs both in Dutch and English and has been on stage in Oslo, Berlin, Moscow, Muscat and Tokyo, among others. 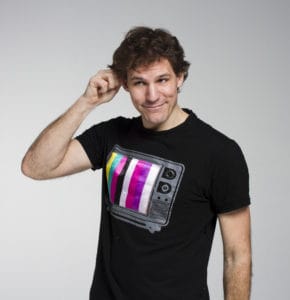 Edo worked in radio and TV as editor and co-host and in theatre education for
Amsterdam-based theatre companies Rast and Theater DeGasten. He also shot and co-directed the stand-up documentary ‘Dictator of Comedy’.

🇺🇸: u can put it on the table
🇦🇫: rasha zama pa sar a keda